They do an excellent job of explaining all the different signs and symptoms of overtraining. And there’s a lot of great advice and experiences from elite athletes too. So rather than write about something that has already been well addressed, I decided to hit on a few things that I would add and talk about some supplements that might be useful in preventing overtraining for ultra-runners.

First of all, don’t think for a second that I’m suggesting that supplements are the best way to prevent overtraining; that’s obviously not true. The best way for ultra-runners (and all athletes) to avoid overtraining is with adequate REST.

If you ONLY want to know about the best supplements to help prevent overtraining, go ahead and skip down to that section, but first, I want to point out a few things about overtraining that are typically not addressed in the blogs that I’ve read thus far.

College-level and elite endurance athletes have astute coaches, well-thought-out training programs, and scheduled rest. Often, they have an entire team of specialists around them – coaches, nutritionists, massage therapists, sports psychologists, athletic trainers/injury specialists, and the list goes on.

These athletes are held responsible for their training and for their rest. The balance between the two is methodically calculated by a team with their best interests in mind. And because of the high level of knowledge of these specialists and coaches, they can identify when an athlete is at that tipping point between functional overtraining and non-functional overtraining. This is a tremendous advantage as an athlete will likely never progress to the point of true overtraining syndrome.

The same holds true for elite ultra-runners; most have coaches that can effectively “hold them back from themselves.” The vast majority of ultra-runners are uncoached, and as a result, many are constantly entering into that grey area of non-functional overtraining. And if the signs aren’t recognized early enough, this can progress into overtraining syndrome.

The Best Supplements to Prevent Overtraining Syndrome in Ultra-Runners

First, let me say that these are likely the best supplements to prevent overtraining in ALL endurance athletes, not just ultra-runners. But I believe these are particularly beneficial for ultra-runners due to the extended duration of training and competition associated with ultra-endurance sports. 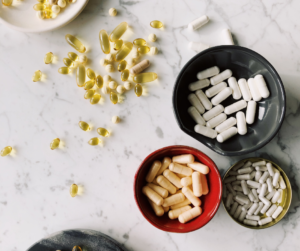 If you’ve researched overtraining syndrome, you know that there isn’t one fully accepted theory about what causes overtraining syndrome in endurance athletes. However, there’s good evidence suggesting that an amino acid imbalance is partly to blame. This amino acid imbalance can result from prolonged exercise “burning” through certain amino acids as a fuel source. When this happens, tryptophan (an amino acid) uptake in the brain increases, which results in an increase in the neurotransmitter 5-hydroxytryptamine (5-HT), which results in fatigue.

BCAAs (particularly leucine) are essential in preventing this imbalance as they prevent excess tryptophan uptake into the brain.

Think about this from an ultra-running perspective. The longer the exercise duration, the more BCAAs are broken down, especially during a calorie deficient state. The big difference between ultra-endurance athletes and conventional endurance athletes is the time spent training and racing.

How Much Supplemental BCAAs are needed to Prevent Overtraining in Ultra-Runners?

Mental fatigue during exercise seems to be most impacted when around 10 grams of BCAAs are taken. This amount should likely be taken daily to improve amino acid ratios during heavy training and prevent overtraining.  Multiple studies show that BCAAs are most effective when taken daily for various endurance-related benefits.

Low plasma glutamine is thought to be a good indicator of overtraining and is commonly seen in athletes with overtraining syndrome. Glutamine is another amino acid; in fact, it’s the most abundant amino acid in the body.

Although abundant, glutamine plays many roles in the body and is depleted due to high amounts of endurance exercise.

You can find glutamine in many foods, including meat, legumes, beets, and cabbage. However, it is susceptible to heat, so cooking will lower the glutamine content of food. Low levels of glutamine are also associated with increased risks of illness and infection.

Glutamine can increase the amount of human growth hormone produced, aiding in recovery.

Supplementing with glutamine might be a good idea for ultra-runners during their heavy training season to prevent illness, improve recovery, and reduce the risk of overtraining.

How Much Glutamine to Prevent Overtraining in Ultra-Runners?

Controversy exists on how much glutamine is ideal for endurance athletes, and the ideal dose is likely dependent upon many factors, including diet, weight, and training volume and intensity. An additional 4-6 grams per day is generally considered a safe and effective dose for endurance athletes. 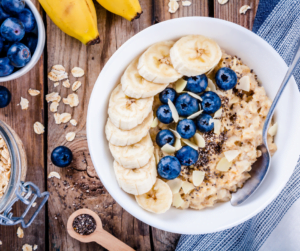 Adequate carbohydrate intake both during and outside of endurance exercise is thought to play a pivotal role in preventing overtraining syndrome. I know what you’re thinking, carbohydrates aren’t supplements; they’re macronutrients.

True, but often an athlete needs to take “supplemental” carbohydrates to acquire a sufficient amount during heavy training.

How Many Carbohydrates to Prevent Overtraining in Ultra-Runners?

Aim for at least 7 grams/kg of carbohydrates per day during heavy training. It’s not uncommon to see elite endurance athletes taking in 9-10 grams/kg.

Try to take in about 1 gram/kg within 30 minutes of exercise when your body is geared for glycogen replenishment. The easiest way to do this is with a high-quality endurance recovery supplement.

Terminus, in our opinion, is the best endurance recovery supplement on the planet.

Finally, during exercise over 1 hour in length, make sure to take in some carbohydrates DURING exercise. This is not only a great time to easily increase your carb intake but also an excellent opportunity to train your gut to handle more carbs for whatever crazy ultramarathon you might have planned.

How much you take in during endurance activity is dependent upon your tolerance. Start with 200 calories/hour and work up or down from there.

For an amazing, no expense spared endurance fuel, check out Proxima C. 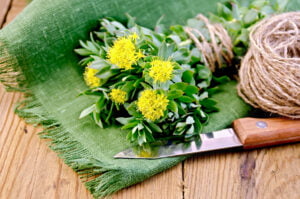 Rhodiola rosea is an herb that is fantastic at regulating cortisol. Also known as the stress hormone, cortisol is often chronically elevated in overtrained endurance athletes.

Cortisol isn’t all bad, and under appropriate circumstances SHOULD become elevated, but chronically high cortisol will wreak havoc on endurance training, performance, and health in general. To learn more about cortisol as it applies to ultra-runners, check out Cortisol in Endurance and Ultra-Endurance Sport. Keep it in Check.

Rhodiola has been described as a “thermostat” for cortisol, allowing it to rise when necessary and beneficial, but preventing cortisol from becoming chronically elevated. In addition to lowering cortisol, studies show that Rhodiola is also effective at decreasing stress-related fatigue and improving mental and concentration. That’s not all either; Rhodiola can also improve endurance performance. To learn all the potential benefits of Rhodiola for athletes, check out 5 Great Benefits of Rhodiola Rosea for Endurance.

How Much Rhodiola Rosea to Prevent Overtraining In Ultra-Runners?

400-600 mg seems to be a typical dosage used for stress reduction. However, doses as low as 100-200 mg have been shown to improve endurance performance and reduce stress. Look on the label to make sure the formula is standardized to 3 percent rosavin and 1 percent salidroside. Also, make certain the company you buy your Rhodiola from is 3rd party tested.

Summary of Overtraining Supplements for Ultra-Runners

The best way to prevent overtraining is with adequate rest between strenuous endurance efforts. One should carefully monitor their progress (or lack thereof) in training and make necessary adjustments based on what they (or their coach) see. When you start to feel overtrained, it’s time to rest, not time to reach for supplements.

However, certain supplements like the ones mentioned above may help in preventing overtraining to a certain extent. 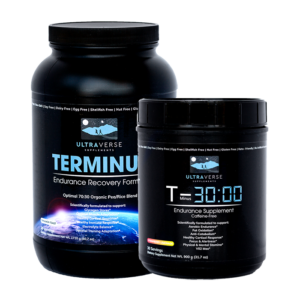 The 1-2-3 Punch of Supplements to Prevent Overtraining

Terminus – Terminus was designed to be the most comprehensive endurance recovery formula on the market. It includes fast-digesting carbs to restore glycogen in the 30-minute window.  It also contains BCAAs and glutamine on top of an already stellar plant-based protein blend.

Proxima C Endurance Fuel– Proxima C is the perfect endurance fuel for ultra-runners during training and racing. The unique formula was designed specifically for ultra-runners and other ultra-endurance athletes. The unmatched carbohydrate blend in Proxima C will keep you going strong for the LONG haul and assist in preventing overtraining.