Take A Ride On Our Journey

Hello, and thank you for being here. My name is Chase Hammond, founder, and Co-Owner of Ultraverse Supplements. First and foremost, I am an ultra-runner who has competed in a wide range of events up to 240 miles long. I am also a UESCA Certified Ultra-running Coach. It is fair to say that I am obsessed with the sport of ultra-running. I am very intrigued by the idea of pushing oneself to the edge of what is possible, mentally and physically. Shortly before starting Ultraverse Supplements, I earned a Master’s degree in Clinical Nutrition from Maryland University of Integrative Health. I also possess a Bachelor’s degree in Health and Human Performance from Fort Hays State University.

While I was still earning my degree in nutrition, I decided I wanted to create a supplement company FOR ultra-runners. Not ONLY for ultra-runners but also ironman triathletes, FKT attempts, cross country skiers, and essentially anyone who trains and races for very long durations and distances. As a result, I was continually applying all the knowledge I gained in school to ultra-endurance performance. After considerable research, I learned that what is suitable for ultra-runners is typically good for all endurance athletes, with slight distinctions. These distinctions are related to mental fatigue, increased muscular breakdown, and nutritional demands stemming from extended durations in training and competition. While the differences are subtle, they are very significant regarding optimal performance for ultra-marathons and other extremely lengthy events. 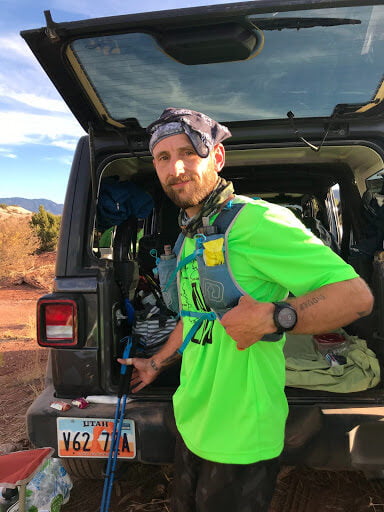 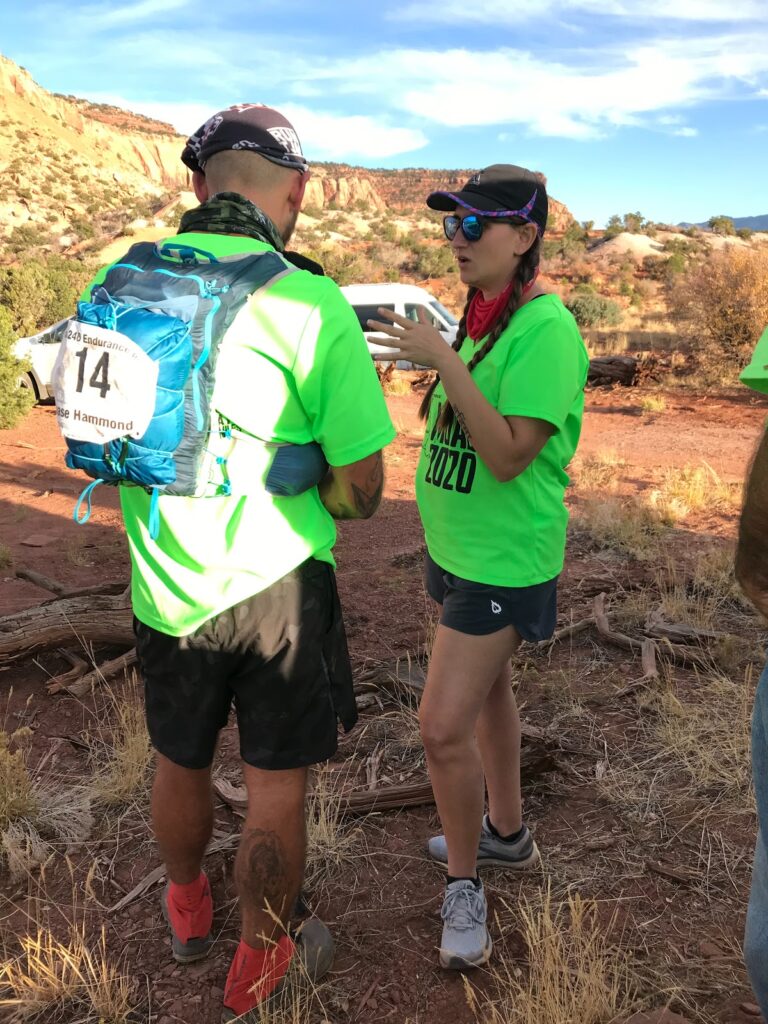 During this time of discovery, you could open our pantry, and there was an entire shelf (and most of another) full of different supplements, each serving different purposes. My wife, Casey, would always joke whenever a package came that I was becoming an addict. That wasn’t the problem, though. Creating an optimal supplement regimen (according to science) required me to buy a multitude of different supplements from various brands. I even purchased a pill-stuffing machine to create my own blend of supplements to use during races and training.

By the way, I mentioned my wife, Casey, earlier. She, too, has a Master’s degree in Holistic Nutrition, from American College of Healthcare Sciences.  This creates another valuable perspective and, ultimately, resulting in the perfect partner for this journey. Casey has been my head crew member at all my races and has ample exposure to the ultra-running world. Having another nutrition expert in the same household has proven to be invaluable.

unmatched nutrition for the long-haul

Together, our goal was to create a supplement company with no expenses spared. We wanted the absolute best products you could get, entirely evidence-based, 100% vegan, and as environmentally friendly as achievable. Our goal was also to create supplements that considered all the unique characteristics of ultra-marathon-style events and the training required for such events. Considerations such as sleep deprivation, massive muscular breakdown, extreme mental and psychological stress and exhaustion, and high frequency of gastrointestinal-related issues, to name a few. By taking these things into account with every product formulated, we are creating, to our knowledge, the first supplement company entirely focused on ultra-endurance athletes. While other products may suit ultra-runners and the like, ours are specifically designed for them.

With a solid understanding of nutrition and an ultra-runners perspective on the unique physiological and psychological demands of ultra-endurance sports, it was time to dig deeper. I started to research dietary supplements for endurance athletes meticulously, filtering out the supplements based on “hype” rather than scientific evidence. Then, in turn, determining what would work the best for ultra-endurance athletes taking the previously mentioned characteristics into account. I also started researching what was on the market, what other companies used, what I felt they were doing right, and what I thought they might be doing wrong.

The creation of T-30

In that research, I found that many of the active ingredients in some of the best and most well-known brands were, according to science, not in appropriate amounts. For example, a high-dollar supplement from one of the most famous brands was utilizing 1.5 g of beta-alanine per serving. I haven’t seen anything in my research indicating that under 2.4g is effective. This is just one example of many. Examples like this were ubiquitous, even among the very best brands. It blew me away. Supplements were consistently under-dosed and inconsistent with what science shows to be effective. They also frequently included pricey ingredients that, in my research, science hasn’t justified. Thus, the question I asked myself, and still do, is why are they doing this? Is it to save money? Do they not read the research? Are they having someone else create their formulations? I guess the answer doesn’t matter.

But for myself, as an endurance athlete that wants to be able to get the best of himself, I wanted to create a supplement that was THE BEST you could get, price be damned. Ultra-runners and similar endurance athletes put many grueling hours into training. We push our minds and bodies to the limit and suffer considerably. After all that, why would we settle for anything less than the best nutritional supplements? Why would we let any of that effort go to waste?  Thus, Ultraverse Supplements was born.

We didn’t want to be like other companies that sell a multitude of different supplements just to make more money.  We combined all the different daily supplements you need for performance into one revolutionary formula.  We strived to make it simple, safe, and incomparably effective. Thus, T-30 was born.   T-30 is and always will be the backbone of Ultraverse Supplements.

We knew that the next step was to have a good recovery supplement. It was time to create the perfect complement to T-30, the ultimate combo – a daily/pre-exercise supplement and a top-shelf post-exercise/recovery supplement. Our goal with Terminus was to create a recovery supplement that was superior to the big-name whey-based endurance recovery supplements. We wanted our recovery formula to include plant-based proteins that could stand up to whey. By utilizing a 70:30 organic pea to organic brown rice blend, one can create an amino acid profile that is almost identical to that of whey. The inclusion of an additional 4g of BCAA’s and 4g glutamine created an amino acid profile that not even whey can compete with. We didn’t want athletes to have to sacrifice optimal recovery because the protein was plant-based. With the addition of non-GMO dextrose for optimal glycogen replenishment, B-vitamins, carnitine, zinc, and electrolytes, Terminus stands alone as the king of plant-based endurance recovery supplements.

We aren’t even close to done with our supplements. No endurance supplement line is complete without a fuel. We have a formula in the works that will stand alone for ultra-endurance athletes. It is on its way and will be the best there is! 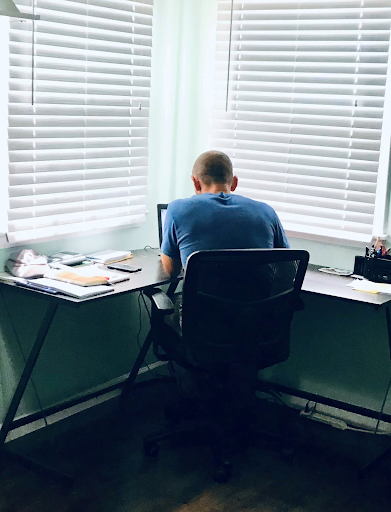 We both love camping, hiking, and backpacking. Our vacations are often planned around new backpacking trips and exploring this beautiful planet. Trail usage increases each year. And, as an unfortunate result, we have seen first-hand the damage that this increase can cause. That is why we have opted to donate 1% of sales directly back to the trails. The outdoors is something we are both passionate about. We feel obligated to do our part in helping keep the trails the way they were intended to be enjoyed. Sustainability and creating products in an environmentally-friendly manner is something we both take very seriously.

Thank You For Trusting Us 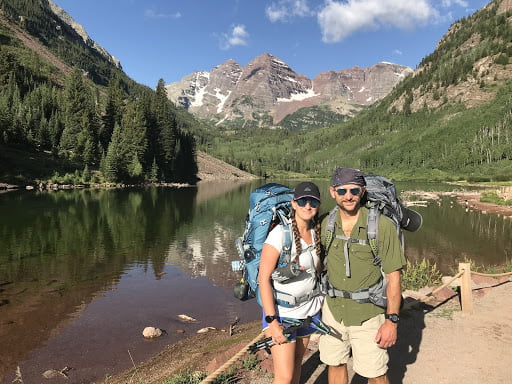 We have poured our hearts into these products. We have obsessed over the ingredients for countless hours, making sure they are the best ingredients in scientifically appropriate dosages to provide the best results possible. We are committed to providing the highest quality supplements possible, protecting the environment, and giving back to the trails we love. We hope you love our products, and we are confident that they will help you achieve your optimal potential.

Thank you so much for trusting us and trusting in our products!
Chase and Casey Hammond