Omega 3’s are polyunsaturated fatty acids that must be obtained from food or supplements as they are not naturally synthesized in the body.  The most common three forms of omega-3 fatty acids are EPA, DHA, and ALA.  EPA and DHA are most prevalent in foods of animal origin (like seafood) but can also be found in algae.  ALA is rich in plants like chia seeds, flax seeds, Brussel sprouts, and walnuts.

EPA and DHA are the forms associated with, by far, the most benefits.  ALA can be converted to EPA in the body, which can then be converted to DHA. However, this conversion is relatively low and inefficient, requiring substantial amounts of ALA to be significant.  For this reason, unless an ample amount of seafood is consumed, acquiring sufficient EPA and DHA from a combination of diet and supplements is an endurance athlete’s best bet.

The omega-3 index measures how much EPA and DHA are in the blood. A good omega-3 index is considered to be 8-12% (https://omegaquant.com/what-is-the-omega-3-index/)

Omega-3’s can also improve endurance performance by improving an endurance athlete’s metabolic flexibility (Da Boit et al., 2017). In other words, athletes can better adapt to metabolic changes during endurance exercise, such as fuel selection between carbohydrates and fats.

Studies have shown that EPA and DHA can increase the rate of muscle synthesis in athletes (Smith et al., 2011). The benefits of this are pretty self-explanatory. Improved muscle synthesis will obviously lead to enhanced adaptation from endurance exercise.

The list of potential health benefits is long and impressive. Some of the additional benefits of adequate omega-3 intake include; 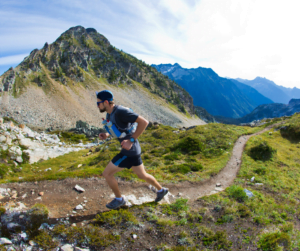 Did you know that long-distance running may negatively impact your omega-3 index? A study by Davinelli et al. (2019) concluded that “findings suggest that distance running training and its weekly volume may negatively contribute to changes of the ω-3 index and AA/EPA ratio.” That’s concerning news for ultra-runners and the like.

Let’s discuss what this might mean for long-distance runners and identify some things that a distance runner can do to help nullify this negative impact.

What does it mean?

Suppose a runner becomes deficient in omega-3’s or starts to tilt the scales out of favor regarding the ratios/scales previously mentioned. In this case, an inflammatory state is created in the body. Added inflammation is the last thing a distance runner (or any endurance athlete) needs. Obviously, this increase in inflammation can result in diminished recovery, blunted training adaptation, and adverse health consequences.

What can be done?

In addition to supplementation, it’s worthwhile for endurance athletes to be attentive to omega-6 intake. This doesn’t necessarily mean you have to track the amount of omega-6’s you consume, but rather just know what foods are high in omega-6’s compared to omega-3’s.

*for more examples check out myfooddata.com

FYI, this doesn’t mean you can’t eat high omega-6 foods. Just be mindful and try to eat MORE high omega-3 foods. Do this in combination with a good supplement, and you’ll be good to go!

Can vegans and vegetarians supplement with EPA and DHA?

Absolutely. Rather than buying fish or krill oil, look for algae oil. There’s no evidence to suggest that algae oil is any less effective than fish or krill.

In fact, studies show that algae oil supplements work every bit as good as fish oil supplements at raising omega-3 levels in the blood (Ryan & Symington, 2015). After all, algae is where the fish themselves actually acquire omega-3’s!

Which form of omega-3 is better for endurance athletes? EPA or DHA?

The majority of studies use a combination of both EPA and DHA. From my research, there doesn’t seem to be a clear answer which (if either) is MORE beneficial for endurance athletes. Some studies suggest a ratio of 2:1 – EPA: DHA is optimal for exercise-induced inflammation (Mickleborough, 2013)

Studies do seem to consistently indicate that a combination of the two is likely synergistic and superior to either form in isolation. Therefore, ensuring that you are acquiring a combination of both EPA and DHA is likely more important than the ratio.

What are the best food sources for Omega-3’s

Some of the best sources include seafood, algae, seaweed, flax seeds, and kidney beans. Remember that the omega 6:3 ratio is likely more important than total omega-3 content (see chart above).

What foods are high in omega-6 fatty acids?

Some foods that are high in omega-6’s include nuts, safflower oil, fast foods, vegetable oil, cured meats, and most grains. These are just a few of the common foods. For more information, check out myfooddata.com.

Just because a food is high in omega-6 fatty acids does not make it unhealthy. Foods like walnuts, tofu, various seeds, and avocados are all high in omega-6 but very healthy. The goal should be to balance your omega-6’s and omega-3’s the best you can. Not to eliminate food that is high in omega 6’s.

How much supplemental omega-3 is too much?

Although likely unnecessary, a daily supplemental intake of 5g of combined EPA/DHA is generally considered safe and well-tolerated (EFSA, 2012)

How much omega-3 should endurance athletes supplement?

This subject is a little cloudy, and it largely depends on how much EPA and DHA an athlete is already acquiring from their diet. An athlete that eats fish several times a week might not need any supplementation at all.

If seafood is eaten only 1-2 times/week, it’s probably a good idea for endurance athletes to add in a lower dose omega-3 supplement. Finally, if the athlete is a non-fish/seafood eater, such as a vegan or vegetarian, they should supplement with a higher dose of EPA and DHA.

Below is what I’ve come up with for recommendations. Like I mentioned, there’s nothing set in stone here. There aren’t tried and true recommendations out there yet. Given the excellent track record for the safety of omega-3 supplements, the potential health consequences of insufficiency, and the various benefits of adequate intake, I say GET ENOUGH! 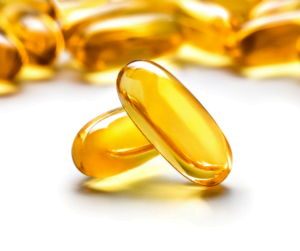 *if vegan or vegetarian, EPA and DHA can be supplemented with algae oil instead of fish oil

Summary of Omega-3’s for Endurance Athletes

Well, if you made it this far, hopefully, you’ve learned a bit about the importance of omega-3 fatty acids for endurance performance and the general health of endurance athletes. Remember, as an endurance athlete, omega-3 intake may be especially important, as suggested by the evidence of omega-3 depletion after long-distance running.

If you’re an endurance athlete and are not a heavy seafood eater, I strongly recommend supplementation.

**Use common sense, and always listen to your doctor over a blog post. They know more about your health situation than anybody behind a keyboard. If you have underlying medical conditions, always check with your doctor before starting a new supplementation routine.