Glutamine plays several roles in our bodies. It is involved in cell proliferation (a fancy way to say the growth and division of cells), energy production, glycogen synthesis, ammonia buffering, and maintenance of the acid-base balance. Glutamine is found in meat and eggs, and whey and casein proteins contain large amounts of glutamines. Vegans and vegetarians with low dairy intake may require glutamine supplementation, as foods in these diets are poor sources of glutamine.

Partly due to its immunomodulatory (ability to stimulate the immune system – fancy, I know) role, glutamine supplementation continues to become more popular in sports nutrition (Coqueiro et al., 2019). Glutamine is especially popular in recovery supplements. Glutamine has also been investigated for its anti-fatigue role.

Why Should I Care About Glutamine?

The Benefits of Glutamine for Endurance Athletes 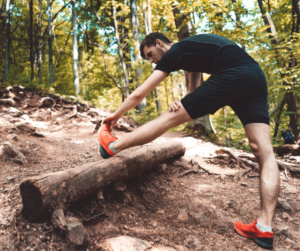 Street et al. (2011) examined the effects of glutamine supplementation on recovery following exercise over a period of 96 hours. Glutamine or placebo was ingested at 0, 24, 48, and 72 hours post-exercise. Perceived muscle soreness was measured at 0,1,24,48,72,96 hours post-exercise.  Reported muscle soreness was significantly lower over the 96 hours with glutamine supplementation than placebo.

The second study in my research was conducted on both males and females. These participants took glutamine or placebo over a 72-hour recovery period. The results showed that those taking glutamine had reduced muscle soreness (Legault et al., 2015). Interestingly, the effect was more significant in males for reduction of muscle soreness than in females.

Glutamine supplementation has been shown to decrease the incidence of illness in endurance athletes (Castell, 2002). Researchers investigated the effects of glutamine after exhaustive exercise in various endurance athletes: middle-distance, marathon, and ultra-marathon runners, and elite rowers in training and competition (Castell & Newsholme, 1997). This study found that glutamine for endurance athletes had a beneficial effect on the level of infections after exercise. Additionally, the researchers saw the ratio of T-helper/T-suppressor cells increase. T-helper and T-suppressor cells are involved in the stimulation and regulation of the immune system.

Legault et al. (2015) found that muscle recovery was increased over 72 hours when taking glutamine versus placebo in a study of male and female athletes. Other researchers tested the effects of acute glutamine supplementation for endurance athletes relating to recovery after exercise. Supplementing with glutamine showed better recovery at 24, 48, and 72 hours after exercise (Waldron et al., 2018). 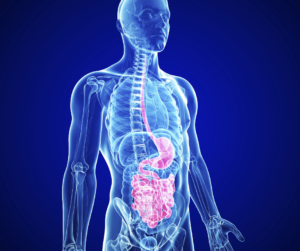 Glutamine is vital for maintaining a healthy gut. Rao and Samak (2011) found that low levels of glutamine concentration correlated with leaky gut and inflammation of the intestines. A recent study on the effects of glutamine supplementation and gut permeability showed promising results. Pugh et al. (2017) found that glutamine consumption reduced exercise-induced leaky-gut. Glutamine supplementation is also correlated with a reduction in inflammatory markers in the gut.

One of the more recent topics of research with glutamine is its possible effects on Human Growth Hormone (HGH). A recent study investigated whether an acute dose of glutamine impacted hGH levels in healthy adults, both male and female. The results showed that a single dose of glutamine was sufficient to significantly increase HGH levels compared to a placebo (Tam et al., 2020).

While this topic is gaining popularity in current research, there is also a precedent from a ways back. Welbourne (1995) found that blood samples of participants taking an oral glutamine supplement had increased blood plasma levels of HGH.

A Summary of the Benefits of Glutamine for Endurance Athletes

If you aren’t interested in the research and want to get straight to the point, this section is for you! Here is a list of the significant benefits of glutamine for endurance athletes.

How Does All This Relate to Endurance Sports? 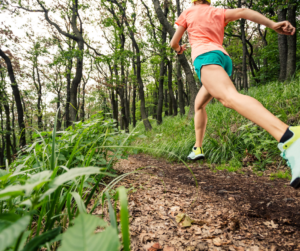 Now that I have discussed the benefits of glutamine let’s talk about how these benefits directly relate to endurance sports and ultra-running.

Glutamine levels are reduced after exhaustive, prolonged exercise. Much research shows that plasma glutamine concentrations are reduced in endurance athletes and athletes under chronic fatigue and overtraining syndrome. Castell (2003) found that in healthy individuals following very prolonged exercise (lasting longer than 2 hours), plasma glutamine decreased by as much as 20-30%.

Athletes undergoing intense/prolonged training or endurance races suffer an increased risk of infection due to impaired immune system functioning. A study performed by Casetll & Newsholme (1997) focused on athletes.    This study included questionnaires that the participants filled out. Notably, the incidence of illness for seven days after strenuous exercise was the highest in marathon and ultra-marathon runners.  /in this study, researchers found that plasma glutamine levels were decreased by approximately 20% one hour after marathon running in these athletes. Glutamine may help reduce the incidence of illness in hard-training endurance athletes.

It is crucial to replenish muscle glycogen stores and initiate muscle tissue repair and adaptation for rapid recovery from prolonged exercise. High-intensity and prolonged exercise significantly enhance the levels of plasma ammonia, a metabolite with toxic effects on the central nervous system (Bassini-Cameron et al. l., 2008). Muscle fatigue is a side-effect of the accumulation of ammonia in the blood tissues. Furthermore, exercise-induced muscle damage is associated with impaired muscle function and delayed-onset muscle soreness.

As I discussed earlier, glutamine is an ammonia buffer, meaning that it helps maintain appropriate ammonia levels. By taking glutamine, you take a supplement that can help your muscles recover faster and reduce muscle soreness and damage.

Prolonged endurance exercise is well-known to cause a leaky gut. Leaky gut is a condition in which heat stress and reduced blood flow to the gastrointestinal tract cause intestinal cell damage that loosens tight junctions between cells, allowing for the absorption of things that are not supposed to pass through the intestinal barrier. A dysfunctional or leaky gut allows toxins and bacteria to enter the bloodstream.

As previously noted, glutamine has been shown to reduce gut permeability. Glutamine supplements may also help reduce instances of GI issues when exercising, especially during the heat. If you have read almost any of our other blogs, you already know this, but GI issues are one of the main reasons an athlete DNFs during an ultramarathon.

Lastly, Human growth hormone (HGH) is best known for influencing bone and muscle growth and body composition. I feel like I probably don’t need to go into detail about how this could benefit endurance athletes. Recent research has shown that glutamine can increase hGH. Just another checkbox checked.

As you can tell, the benefits of glutamine for endurance athletes are pretty impressive. 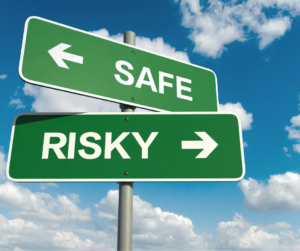 Is it Safe to Take glutamine?

If you plan to take glutamine, you want to know whether it is safe. Research has shown glutamine’s Observed Safe Level (OSL) to be up to 14 grams daily for normal healthy adults (Shao & Hathcock, 2008). Keep in mind that much higher levels have been tested without adverse effects and may be safe, but the data sets are limited. Therefore, the OSL is set lower by these researchers. For example, Roth (2008) found that due to the body’s high turnover rate of glutamine, high doses of up to 30 grams can be administered without side effects. Gleeson (2008) found no adverse effects of oral glutamine supplementation at 45 grams per day for six weeks.

When Should I Take Glutamine? 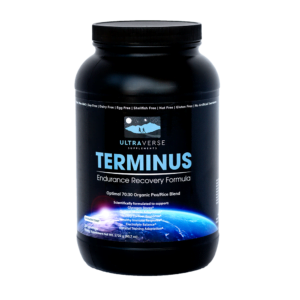 Where Can I Find a High-Quality Glutamine Supplement?

You have probably already guessed it, but here at Ultraverse Supplements, we have something for you! Our recovery formula, Terminus, contains 4 grams of glutamine per serving, which science says is required to be effective. Terminus was designed to be the ULTIMATE recovery formula! Trust me. You will notice a significant difference! Before I started taking Terminus, my legs would be so sore after a run I had difficulty going up and down the stairs. Now, I no longer limp and wobble around the house after long runs.

**Use common sense, and always listen to your doctor over a blog post. They know more about your health situation than anybody behind a keyboard. If you have underlying medical conditions, always check with your doctor before starting a new supplementation routine.