Endurance sports hurt, right? The very nature of endurance sport is rooted in discomfort and pain. If all else is even, the athlete who can push through the most pain is often the one who will come out on top. It seems natural then that athletes want to eliminate as much discomfort as is possible. How do they typically do this? Well, any endurance athlete who hasn’t been living under a rock has seen it or done it.

They pop a couple of ibuprofen or some other Non-Steroidal Anti-Inflammatory Drug (NSAID) such as Advil, Motrin, Aleve, Aspirin, etc.  Taking NSAIDs for pain relief is such a common practice that ibuprofen is commonly referred to as “vitamin I” in the endurance community.

PREVALENCE OF USE IN ENDURANCE SPORTS 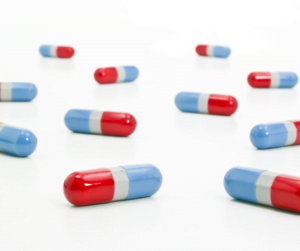 One study showed that over 60% of athletes took NSAIDs during a 112 km (69.5 miles) ultra-marathon race (Martínez et al., 2017). Studies also show that the longer the competition or training session, the more prevalent use becomes. Therefore, we can only assume that use is significantly higher in 24 hr and multi-day events.

Well, the short answer is – a lot. If you’re like us and want to dive into the nitty-gritty as to exactly why NSAIDs are harmful to endurance athletes, then the next sections are for you…nerd. Below are 7 EVIDENCE-BASED reasons you, as an endurance athlete, should not be taking NSAIDs.

Exercise reduces blood flow to the kidneys because more blood is being redirected to fuel working muscles. The extended duration of endurance and ultra-endurance exercise causes significant blood flow reduction. NSAIDs also reduce blood flow to the kidneys by downregulating prostaglandin production; prostaglandins are essential for sustaining adequate renal blood flow (Lilly, 2010). In other words, your kidneys have to work overtime during endurance activity, and taking NSAIDs impairs their ability to do so, which can ultimately result in kidney (renal) damage. Dehydration further exacerbates the potential for renal injury.

Most endurance athletes are probably familiar with the term hyponatremia.  Hyponatremia is simply having too little sodium in your blood. Hyponatremia may very well be the most concerning and potentially dangerous condition associated with ultra-endurance sports. When severe, hyponatremia can lead to loss of coordination, swelling of the brain, seizures, coma, and even death.

Hyponatremia is typically a result of OVER-hydration. In other words, TOO MUCH water, which dilutes the concentration of sodium in the blood.  Hydration strategy is outside the scope of this blog; that’s another topic altogether!

You do need to know that, similar to kidney damage; longer exercise duration equals increased risk. In fact, a study by Knechtle et al., 2019 found that up to 30% of athletes involved in ultra-marathons and Ironman’s had lab-confirmed cases of hyponatremia. So what’s all this have to do with NSAIDs? You guessed it. NSAIDs have been shown to increase exercise-induced hyponatremia incidence during endurance exercise (Wharam et al., 2006).

More commonly referred to as “Rhabdo,” a condition where large amounts of the protein, myoglobin, damage the kidneys. Myoglobin is released when muscles are damaged. There is significant muscle damage in endurance and ultra-endurance sport, and as mentioned in reason #1, the kidneys are already under increased stress due to decreased blood flow. Adding excess myoglobin to the equation further taxes the renal system. Although rare, there have been reported cases of NSAID-induced rhabdomyolysis (Dang et al., 2016). That’s three strikes for NSAIDs already, but let’s keep going.

According to the FDA, ongoing usage of non-aspirin NSAIDs increases the prevalence of heart attack and stroke. Risk is elevated in the first weeks of use, and risk likely increases with prolonged use (FDA, 2019). This seems like a good reason to find an alternative to non-steroidal anti-inflammatory drugs altogether, whether involved in endurance sports or otherwise! 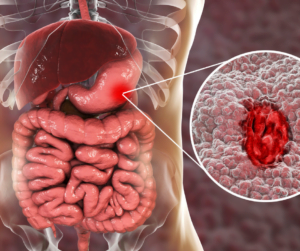 This is another outcome that is likely the consequence of the redirection of blood flow to working muscles. Intestinal damage has been observed in studies in as little as one hour of cycling (Wijck et al., 2011). Van Wijck et al., 2012, found that intestinal damage increases significantly when taking the standard adult dose (400 mg) of ibuprofen. The findings lead the researchers to conclude that “non-steroidal anti-inflammatory drug consumption by athletes is not harmless and should be discouraged (Van Wijck et al., 2012).” NSAIDs have been associated with gastrointestinal mucosal injury, resulting in potentially fatal peptic ulcers (Drini, 2017).

NSAIDs likely impair healing and optimal muscular adaptation from exercise (Lundberg & Howatson, 2018). This is most apparent in resistance training but is likely true for endurance training as well. After all, there is significant muscle damage in endurance sport, and that damage requires healing. In other words, they can actually diminish the positive results of your hard work!

I hope by now I have convinced you to ditch the NSAIDs regardless of any potential gain in performance. But what if I told you that there is no good evidence to suggest that there is even any performance gain to be made (Cornu et al., 2020)? That’s right, taking them is not even beneficial for endurance performance, even if you ignore the risk factors above.  So, why risk it?

The scientific literature is clear, taking NSAIDs during endurance exercise is a BAD idea!

WHAT ABOUT ACETAMINOPHEN FOR ENDURANCE ATHLETES?

True, acetaminophen isn’t technically an NSAID. However, the mechanism of action is similar, and therefore likely presents with similar issues and should be discouraged. Acetaminophen can introduce its own set of complications as well, such as liver damage.

OK, SO WHAT’S THE ALTERNATIVE? 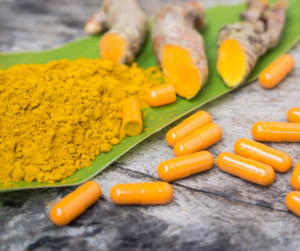 So what can an endurance athlete do to combat pain and inflammation without all the health implications? Luckily, there are natural products with potent anti-inflammatory properties and are VERY well-tolerated in quantities far beyond the therapeutic dose. So you can get virtually the same anti-inflammatory benefits of NSAIDs without the negative health consequences. In addition, these herbal products may actually IMPROVE your health while also significantly reducing your inflammation.

Some of the more potent yet safe, healthy, and well-tolerated herbal products that improve inflammation include curcumin (found in turmeric), ginger, and Boswellia.  However, I have never seen any scientific literature to suggest that Boswellia works unless taken consistently over long periods.  Therefore, curcumin and ginger are better options for quick relief, with curcumin being the best choice, in my opinion.

HOW DO I KNOW WHAT PRODUCT TO CHOOSE?

Products should be allergen-free, Non-GMO, suitable for your particular diet, third-party tested, and free of unnecessary ingredients.  Products should always be GMP certified.  A GMP system ensures that products are consistently produced and controlled according to quality standards, minimizing the risks involved in dietary supplement production and handling.

It’s mind-boggling how many products contain ingredients that are NOT EVEN CLOSE to what the science has determined to be beneficial. For example, you will see A TON of curcumin/turmeric supplements touting potent anti-inflammatory benefits that use primarily (or entirely) turmeric powder. Turmeric powder is all but useless when it comes to assisting with inflammation.

Curcumin is the active ingredient in turmeric that is beneficial for inflammation (as well as many other health benefits), and turmeric powder only contains about 3-5% curcumin. So if you take a capsule that contains 500 mg of turmeric, you are likely getting about 15-25 mg of curcumin. The scientific literature has determined that the amount of curcumin needed to impact inflammation positively is about 500 mg.

An even better alternative to a curcumin 95% extract might be a unique trademarked curcumin formula, such as BCM-95 (Curcugreen), which has shown to be 6-7x more bioavailable than a standard 95% extract (Antony et al., 2008). This enhanced bioavailability allows the customer to take less to get the same effect.  For example, if BC-95 is 6x more bioavailable, an 83 mg dose may be as effective as a 500 mg dose of a standard 95% curcumin extract.  Trademarked formulations typically have very stringent quality control protocols as well, so you can be sure you’re getting the best.

Nope!  There are quite a few good options out there already.  If you’re an endurance athlete and currently taking NSAIDS to alleviate inflammation, take my advice from the section above and find a better alternative!  If you need help, feel free to reach out to us.

SUMMARY OF NSAIDS FOR ENDURANCE ATHLETES

Ummm….this one’s pretty simple. Don’t take NSAIDs unless your doctor is telling you to do so.  If not – stop.  They suck.  Do something else.  Please?

Disclaimer – Use common sense, and always listen to your doctor over a blog post. They know more about your personal health situation than anybody behind a keyboard. As someone who has a Graduate degree in Clinical Nutrition, I realize the variance that certain medical conditions create when it comes to optimal nutrition and supplementation. If you have underlying medical conditions, always check with your doctor before starting a new supplementation routine.