If you are an ultra-runner, you likely already know the premise behind carb-loading and why endurance athletes do so. Carbohydrate loading, also called glycogen supercompensation, tops off glycogen stores so an endurance athlete can enter an event with as much fuel for their effort as possible.

The purpose of this blog is to answer some of these common questions surrounding carbohydrate loading for ultramarathons. In addition, we will shed some light on the best practices an ultra-runner can utilize to make sure they are “topped off” come race day.

If you’re running an ultramarathon, there’s a good chance you will completely deplete your glycogen at some time during the event. That is, even IF you fuel appropriately during that event AND carb-load prior. For this reason, some people ask, is carbohydrate loading even necessary since I’m going to totally deplete myself of glycogen anyway? My answer would be yes, of course.

True, in a “shorter” event like a marathon, you should be able to prevent total depletion (bonking) by carb-loading and taking in an easily manageable amount of carbs during the race. On the other hand, in a 100-miler, you will bonk at some point IF you’re trying to run at a relatively challenging pace.  But, to me, the fact that you WILL run out of glycogen is even MORE of a reason to come into the race topped off, not less of one.

I always scratch my head when people give the above justification (I’ll run out of glycogen anyway) for not carbohydrate loading for ultramarathons. Just because you will become depleted at some point doesn’t mean you shouldn’t delay that as long as possible. The higher the percentage of the race that you are not depleted and exhausted, the better, right?

And while depletion is sometimes inevitable, remember that because of the lower relative intensity of ultramarathons, an ultra-runner can delay total depletion for quite a while. This is because the lower the intensity, the more fat is utilized as fuel to supplement those carbs. So the longer the race, the longer one should be able to prevent total glycogen depletion due to decreased intensity.

Studies have shown that carbohydrate loading can almost double the glycogen stored in the muscles before an event and increase performance by up to 3% (Mueller et al., 2016). Three percent might not seem earth-shattering, but you’d be hard-pressed to find a more straightforward way to increase endurance performance by that amount in just a few days.

Another way to think of it is this, 3% is the equivalent of about 11 minutes every 5 hours.  Does this mean that in a 20-hour ultramarathon, an ultra-runner could shave off 44 minutes by carb-loading? We aren’t sure. As far as I know, nobody has examined the effect of carb-loading on an ultramarathon of that duration. But I think we can assume that the influence should be both positive and significant.

Is carbohydrate loading for ultramarathons the same as for shorter races? 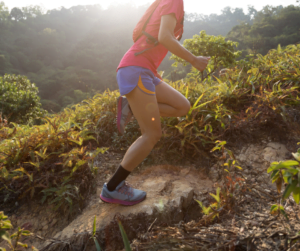 Yeah, of course. The goal is simply to top off glycogen. It doesn’t matter if it’s a marathon or a 200-mile ultramarathon. What works for one will work for the other.

Over the years, there have been many theories regarding the BEST way to carb-load. There’s a lot of information out there on this subject. However, it doesn’t need to be overly complicated, guys. Totally revamping your diet to the point of being unrecognizable and doing strenuous glycogen-depleting runs is unnecessary. Such techniques will have a negligible impact on total glycogen.

Why I Don’t Recommend the Glycogen Depletion Technique

Contrary to previous beliefs, it is possible to reach the same level of glycogen supercompensation WITHOUT glycogen-depleting efforts the week of an ultramarathon.

A Better Way to Carb Load

Studies have shown that endurance athletes can effectively top off glycogen levels by RESTING for about two days before an event (preserving glycogen) while simultaneously increasing their carbohydrate intake. Resting the two days before an ultramarathon is likely a good practice anyway. Taking advantage of this technique, as opposed to glycogen depletion, is a far superior method for ultra-runners, in my opinion. 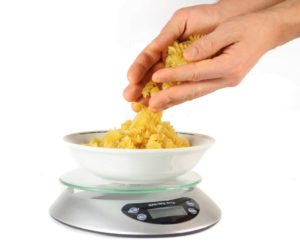 How much should an ultra-runner increase carbohydrate intake in the two days before an ultramarathon?

Studies suggest that 10-12 grams/kg should do the trick. Keep in mind that this additional carb intake replaces some of the fat and protein in your everyday diet.

Carbohydrate loading for an ultramarathon does not simply involve eating extra carbohydrates. Instead, an ultra-runner should aim to eat close to the same amount of calories as usual, except a higher percentage of those calories should come from carbohydrates.

What should an ultra-runner eat when carb-loading?

Many ultra-runners and endurance athletes follow a high carbohydrate diet during training, so 10-12g/kg of carbs might not be overly challenging to fathom for these athletes.  However, it can be a daunting task for some to figure out HOW to increase carbohydrates to this degree without just eating significantly more calories. Reaching for low-fat options is undoubtedly helpful. Additionally, carbohydrate drinks are easy ways to take in some additional carbs in the days before an ultramarathon.

Usually, I wouldn’t recommend simple carbs, like carbohydrate drinks, white bread, white rice, etc. EXCEPT for during and immediately following training. However, a couple of days with limited simple sugars before an ultramarathon won’t kill you and is usually better tolerated than doubling down on super fibrous carbohydrate sources.   If your gut isn’t used to all that fiber, it can cause GI issues, which is the last thing you want going into an ultramarathon.

Things You Should NOT Do When Carbohydrate Loading for an Ultramarathon

DO NOT participate in the popular (but stupid) all-you-can-eat pasta dinner the night before a race.

You can have pasta the night before a race if pasta sits well with you. But you shouldn’t be overindulging to top off glycogen in the evening before a race. As mentioned previously, carb-loading should be done over the course of a couple of days and is NOT about overindulging. It’s about increasing the PERCENTAGE of carbohydrates in the diet in the days before an ultramarathon. 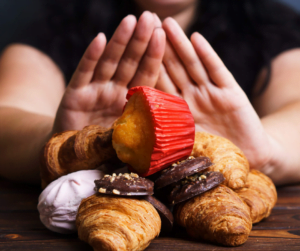 Overindulging the night before a race will lead to unnecessary weight gain and is ASKING for gastrointestinal issues come race morning.

DO NOT just eat a ton of junk food.

Try to reach for healthy sources of carbohydrates like sweet potatoes, quinoa, beans, and 100% whole grains rather than candy, pizza, ice cream, etc. Earlier, I mentioned that I give a free pass on a carbohydrate drink or two IF you struggle to acquire the appropriate percentage of carbs from other sources.  Additionally, as mentioned earlier, if you’re not used to a ton of fiber, simple sugars can be useful in moderation.

DO NOT forget pre-race breakfast.

Studies have shown that glycogen levels can drop significantly overnight, so make sure to top-off with a good breakfast. If you’re looking for in-depth advice on approaching race morning from a nutritional perspective, check out my blog – Nutrition for Ultra-runners – Pre-workout/Pre-race Nutrition. The main points to remember are – aim for 1-4g/kg of carbs for breakfast from a “tried and true” meal. Remember, nothing new on race day!

You should eat this meal at least 2-4 hours before the start of the ultramarathon to avoid rebound hypoglycemia and GI distress/bloating. You should know by now what breakfast sits well with you before an activity. You should also know what timing is ideal for you. If not, find out! Again, read the blog above for more information on Pre-workout/race nutrition.

As most ultra-runners are already aware (unlike in races of shorter duration), carbohydrate loading alone won’t cut it. That is, you can’t get through an ultramarathon solely on topped-off glycogen stores. Well, you can, but your performance will suffer considerably.  You also need a solid in-race fueling strategy.  Luckily, you can find that in my blog here. 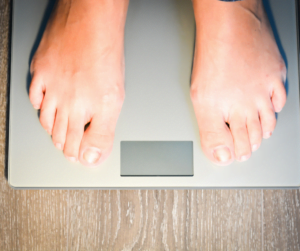 Yes, it’s not uncommon to gain 2-4 lbs during carbohydrate loading. But fear not, this is not fat (at least not if you’re doing it correctly).  The weight you gain is typically water weight. For every gram of glycogen your body stores, it also stores about 3 grams of water.

This extra water can actually help you stay hydrated, and studies show that it doesn’t slow you down, the contrary actually. Otherwise, well, we wouldn’t be talking about this, right? In my opinion, it’s best to just stay off the scale the few days before an event, so you’re not thinking about it.

I’d be amiss if I didn’t mention ketogenic athletes in a blog encouraging the high intake of carbohydrates. Otherwise, I’d inevitably have some comment on how carbohydrate loading isn’t necessary if you’re not a carb-dependent runner (or something of that nature). That’s true. Obviously, a ketogenic athlete would have no reason to carb-load, so the above information would not apply to such athletes.

The purpose of this blog isn’t to compare the two strategies. Still, you can see more information on ketogenic and other popular diets in the endurance and ultra-running world in my blog – Nutrition for Ultra-runners – Trending Diets. Spoiler alert – My preferential fuel for endurance athletes is carbohydrates, not fat.

Just like the old adage of “nothing new on race day,” the same is true for carb-loading.  By now, you know that I recommend carbohydrate loading for ultramarathons, BUT ONLY if you’ve done it previously. You should know how carbohydrate loading will affect you come race day. The best way to do this is to carb-load during training.

Practice carb-loading in the two days prior to some of your highest mileage runs. Try to utilize the same foods, drinks, pre-race breakfast (everything) you plan to use for your chosen ultramarathon. If it doesn’t feel good, then that’s ok. Concentrate on eating normal and appropriate fueling DURING the race.