Supplementation of beta-alanine for endurance athletes continues to become more and more popular.  Keep reading to learn about its benefits, possible side effects, and proper dosages.

β-Alanine, also referred to as beta-alanine, is a non-essential amino acid that the body produces naturally.  It also aids in carnosine production, a compound that plays a role in muscle endurance during high-intensity exercise.  If you are at all familiar with pre-workout supplements, then you have probably seen β-Alanine in many ingredient lists.

While it is most often seen in pre-workout supplements, evidence shows that it is not timing-dependent (a fancy way of saying that it doesn’t have to be a pre-workout supplement).  Beta-alanine supplements are used by all types of athletes, not just endurance and ultra-endurance athletes.  That is probably all the background information you need. I would hate to bore you with too much science mumbo jumbo, and the rest is not very fun! 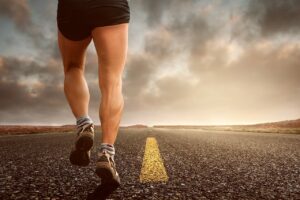 What are the Benefits of Beta-alanine for Endurance Athletes?

If you aren’t into reading all the research, let me break down the major benefits of beta-alanine for endurance athletes:

If you’re into reading the research, this section is for you:

Time for my fun fact section.  If you have read my previous blogs, you know I love giving a fun fact about the topic.  If you haven’t read my other blogs, ouch…but fine.  Sometimes, ingredients are just boring and have no fun facts.  Not this time!

If it really drives you nuts, you can split your doses in half to be taken twice a day and still reap the benefits.  Studies have shown that dividing beta-alanine into lower doses attenuates paresthesia (Trexler et al., 2015).  Beta-alanine supplementation appears to be safe in healthy populations at the recommended doses.

How Should it be Supplemented? 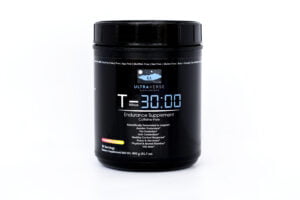 To reap the benefits of beta-alanine for endurance, you must take it appropriately.  The research suggests that beta-alanine be taken in doses of 2 to 6 grams daily (divided into multiple doses if necessary) for a minimum of two weeks, with greater benefits seen after four weeks (Trexler et al., 2015).

Using up to 6 grams of beta-alanine for loading purposes has been shown to be tolerated with no adverse effects.  The tolerable upper intake level is likely much high than that.

T – 30 contains 3 grams of beta-alanine, which meets the recommended daily dosage to reap the benefits.  T – 30 also contains other synergistic ingredients, tailored to give you maximum benefits.

Whether you are an ultra-endurance, endurance, or almost any type of athlete, it is likely that you would benefit from beta-alanine supplementation.  Remember, you need to take T – 30 daily for at least four weeks if you want to see the best results!